Insta360 has released their new 360-degree camera the insta360 EVO. Insta360 has an impressive line-up of 360 Cameras, and the EVO is no exception packing some serious camera capabilities. The EVO is a little different from your standard action cams or 360 cameras as it can be switched to a 180-degree mode for a unique VR (virtual reality) experience. The Insta 360 EVO can be purchased at a RRP of $650 AUD and out of the box comes with the following:

Camera Quality and how it stacks up to the competition

360 Cameras have become more prevalent within recent years as camera recording quality, and stabilisation performance has improved signficantly. Gone are the days where only professional 360-degree cameras would approach something that wasn't a pixelated blur. The EVO features four video recording options which I'll include some clips I made while testing the unit. Foolishly I stood in the worst position along the stitching line for all of these shots, but the rest of the footage speaks for itself in terms of quality.

You can see how necessary the ability to shoot in 5k is on these 360 cameras. Dropping down to 4K makes a noticeable difference compared to the increase in the FPS (frames per second) - going from 30FPS up to 50FPS when you scale back to 4K. In some instances, I could understand the benefit of a higher FPS for scenes with a lot of motion, but the loss in overall picture quality is hard to justify. The insta360 stitching software also does a great job at making the tripods/selfie sticks almost invisible below the camera. The tripod helps to ensure you capture the most landscape detail possible without having a weird metal stick blob underneath. Though if you're doing walking shots as I did in the stabilised comparisons, then I recommend grabbing the selfie stick as you'll need the extra height.

Very few 360 cameras originally included a HDR (High Dynamic Range) mode, but the EVO has the capability. You can shoot in the 3D VR mode in HDR or non-HDR, you can also take 360 images in HDR or Non-HDR. I've included HDR and Non-HDR pictures to show you the difference between the two shots. The shots I've included have been cropped to fit the comparison window. We're not comparing pixel resolution quality here only the difference of HDR. HDR works by taking three separate photos at varying degrees of exposure. The camera edits those three photos back together and produces one photo that features the best light and dark ranges from all three photos. You can manually do this with the insta360 EVO. You would need to use the RAW files from the MicroSD card. Otherwise, in the app, it will edit the photos automatically to give you a result similar to an iPhone HDR photo. Another benefit of HDR is that you can usually rely on it to improve low-light shots.

I've included this footage to show you how smooth the stabilisation is on the insta360 EVO. Not having excellent stabilisation software will ruin 360 footage pretty quickly, so it's good to know insta360 have got it covered with their software.

The EVO also has a unique camera mode which allows you to shoot a 180-degree 3D. You can shoot in either video or photo mode. This mode does require the holoframe accessory which I'll touch on later. Honestly, the 180-degree 3D Image/video is the most significant selling point of this camera. There are other cameras on the market that achieve this, but the flow-state stabilisation that Insta360 applies automatically makes a big difference. Unfortunately, I don't have a way of displaying the 3D shots I took as they require the stereoscopic glasses included with the EVO itself to be shown correctly.

The reason stabilisation is so essential for 3D recording in this manner is being able to maintain the 3D Effect consistently. Without stabilisation, the camera will shake or move slightly, which can cause the camera to lose the 3D Effect in the video. This causes your video to move in and out of a 3D video effect and usually makes the viewer feel a little sick trying to watch it back. The stabilisation minimises the risk of disrupting the 3D Effect, which helps to improve the viewing experience and makes it a much smoother and visually appealing video. Another tip I picked up when shooting in the 180-degree 3D mode was to avoid tilting the camera forward/backward or accidentally tilting one camera lens upwards. Tilting the camera disrupts the 3D Effect as the camera changes the 3D view to accommodate the new angle. I would also recommend avoiding getting to close to the object you're trying to shoot in 3D, a distance of 40-50cm seems to be a good rule of thumb from my shots. The EVO also has integration with Oculus GO, HTC Vive Focus and Samsung Gear VR to see how your shots look.

The insta360 EVO has a typical battery run time of 65 minutes with a charge time of 90 minutes. You cannot swap in a battery unfortunately so plan accordingly if you're looking to use this gear on extended shoots.

The EVO, like its brother the ONE X, has a powerful 360-degree camera inside capable of shooting up to 5.7K 30FPS. The HDR component is your friend here to help bring some light and shadow depth to your shots/videos. Going into the manual control, you can set the shutter and ISO control (1/4000s-55s, 100-3200 respectively). You can also use AUTO mode if you're not that fussed to adjust thing yourself. Furthermore, you have access to modifying the white balance to help improve your shot in different weather conditions.

The app itself is pretty straightforward to use. Additionally, Insta360 is attempting to make itself a little bit of a social platform as it's quite easy to upload your 360 photos and videos to their service. Facebook is friendly with 360-degree videos alongside YouTube, but Instagram and Twitter are yet to get on the bandwagon. Insta360 allows you to directly upload to your social platform of choice from within the app, which is handy but a little janky sometimes. The app will be how you predominately control the camera. You won't be manually playing with any settings on the device itself; typically, it will all be controlled through the app.

In terms of accessories depending on the insta360 package, you purchase it will come with different things out of the box. The standard package will come with a handgrip/tabletop tripod, holoframe lenses, charging/data cable and the manual. You can also purchase several accessories for the EVO camera, like the invisible selfie stick. The selfie stick is what you see featured in the majority of their video ads as it's able to be hidden effectively by insta360's stitching software. You can also get the holoframe case accessory for your phone, which allows you to show the 3D Effect to friends more easily then attaching the holoframe lenses to your phone.

Overall the performance for the insta360 EVO is excellent. It shoots high quality 360-degree and 180-degree stereoscopic images. It's not the best 360-degree camera on the market at this price point, but it does have the additional functionality of the 180-degree stereoscopic imagery. Honestly, the 3D Effect is the best selling point for this camera. If you're interested in pursuing 3D images and videos, this is a very cool little camera to snap up and start experimenting with. 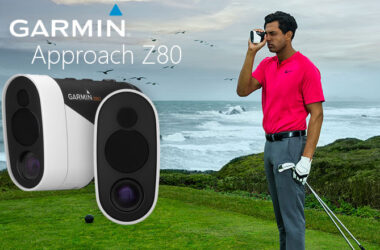 Australian Price and Availability The Garmin Approach Z80 has been announced! Garmin is already an established brand in… 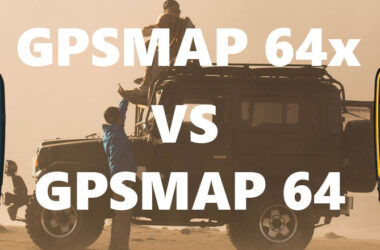