Drones have made a significant impact over the past few years. While their growth has rapidly expanded, there are still a lot of people asking questions about which drone is best for them? The first things you need to consider are; what do you want to use the drone for? Have you ever used a drone before? Do you want to race your drone or shoot stunning aerial photography or video?

What makes the Mavic Pro the best

In all honesty, the Mavic Pro isn’t the cheapest option, it doesn’t have the best camera, it’s not the most powerful regarding speed or stability; basically, it’s not the best in any one factor. I'll stop there because you're probably questioning if I understand how rankings work at this point. Hopefully, this clears it up, the Mavic Pro is the second best in almost everything. For example, In the Consumer category, the Phantom 4 Pro has a more powerful camera making it number 1 in that regard. However, any extra accessories like batteries, cases and DJI care refresh can be quite a lot more expensive than the Mavic’s. The Mavic’s accessories are also not the cheapest, the DJI Spark has the most affordable accessories but comparatively does not have a powerful camera.

When the Mavic Pro was released, it was an answer to a question that had just started to be asked - How can I afford a high-quality drone? This is the core reason as to what makes this drone the best, it opened up the drone market creating a viable option for many consumers to invest in a high-quality, affordable drone.

The Mavic is made for adventures and travellers, it’s extremely versatile regarding shooting capacity handling many different photo and video situations efficiently. The biggest selling point for me though is its foldability and storage use. You don’t need to devote a whole bag just for the drone rather it can be easily added along for a hike, kayak, ride or drive and as always the best camera is the one you have on you. Speaking of the camera while I mentioned that the Mavic has the second best camera, the camera it does have is incredible, it's capable of shooting in crystal clear 4K at 4096 x 2160 24p.

I’ll include a full video mode list in the specs, but you can find the whole specs list here on our website. The Mavic also features full obstacle awareness and return to home landing if you ever lose connection which are handy backup features.

I won’t go into a huge amount of detail here, there are thousands of in depth reviews on the Mavic, we actually already wrote one here. I’ve attached a photo of the Mavic folded vs. unfolded along with some of the more important specs.

Who is the Phantom 4 Pro for?

The Phantom 4 Pro has the best camera in the Consumer category. I’m making the Consumer distinction here as later I will talk about the DJI Inspire 2 which is in a Professional class of its own for many reasons. The Phantom 4 Pro camera is more powerful than the Mavic’s which I’ll use as a base comparison. It features a wider FOV meaning in certain windy conditions the Phantom 4 Pro footage will appear more stable. The Phantom 4 Pro also performs much better in Low light conditions, it retains a clarity and sharpness to the image that the Mavic simply cannot match. The other main distinctive factors are its larger image sensor, faster image processor, full aperture control and mechanical shutter. The Phantom 4 Pro has a 20MP camera capable of shooting in 4K at 60fps.

I’ll make it clear because I’ve seen some disputes about this in the past, the Phantom 4 Pro is the superior camera drone (It’s a significant step up from the original Phantom 4). If your image doesn’t look as good as what you have seen other people producing on their Mavic Pro, make sure you set the image focus by tapping on the screen. (Sorry for the classic IT speel of have you tried turning it off and on again, but the Phantom 4 original had auto focus unlike the Pro and Advanced models which some people forget.) You may also need to adjust the photo settings on the Phantom or use some post production video and image editors. Generally, the Mavic footage will look better as it tends to oversaturate its images making everything look more vivid. The Phantom 4 Pro keeps the original image settings on purpose to allow you the widest range of editing options for colour and lighting.

*Quick side note, I’ve left the Phantom 4 Advanced out as both units are very similar and share the same camera. Which is, in my opinion, the defining feature of the Phantom 4 Pro.

Where do I begin with the Inspire 2? It’s the most powerful drone on this list; It should be too. This is not a drone you purchase lightly, by no means is this for your casual Saturday trip to the Sunshine Coast. Well, you could take it there and take a stunning photo or video, but this is a drone designed for serious filming and photography. The Inspire 2 at this moment has an RRP of $10,698. This price includes the drone, the X5s camera and licenses for Adobe CinemaDNG and Apple ProRes. I’ll add some specs below, but there isn’t much explanation necessary, it outperforms every other drone regarding camera functionality, safety features for obstacle avoidance, tracking features and also speed and general performance. There is also an option to purchase the Inspire 2 without a camera, this is to allow you to install the previous camera iteration the Zenmuse X4s (Which at this point is comparable to a Phantom 4 Pro camera)

If this list disregarded price and ranked solely on performance the Inspire 2 would be at the top; but the price is a major factor, the Inspire 2 is out of reach for the average consumer. It belongs to a unique category for professional users. Below I’ve included some comparable specs to give you an indication of how powerful the DJI Inspire 2 is. Specs are all well and good but DJI knows it audience so to really show how powerful the Inspire 2 is, they shot a short film entirely with the Inspire 2 drone which I've included below. They're also responsible for most of the footage for the current world rally championships.

The Spark is DJI’s latest drone addition and represents a perfect entry point for consumers new to the world of drones. This is the drone for you if you’re looking for a casual or fun experience. I’ve seen a lot of negative comparisons between the Spark and the other DJI drones, but I think it’s a very powerful little drone at a very purchasable price point.

The camera is not as powerful as any of the other drones mentioned so far, but it shoots beautifully in 1080p and has a huge range of smart features to help you take cinematic shots without the need for hours of practice and learning. Not to say that it takes out all the fun, there’s still plenty to play with on the DJI Spark. It also has a lot of fun gesture control features that in my opinion make you look cool (I’ve had a couple of people disagree with me on this, but their views don’t matter). Click here if you want to read a full product spec comparison on the Spark and the Mavic Pro

I’ll detail the specs below but the affordability, cost of accessories and the camera makes the Spark one of the best drones to come from DJI.

Below I’ve listed a breakdown in the cost of accessories for the Spark, Mavic Pro and the Phantom 4 Pro. The Spark is cheaper in every regard except for the Charging hub and the propeller guards.

*These are the RRP and subject to change 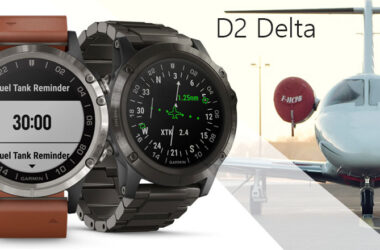 Like clockwork, Garmin has released the Delta D2 Aviator watch almost exactly a year after the D2 Charlie… 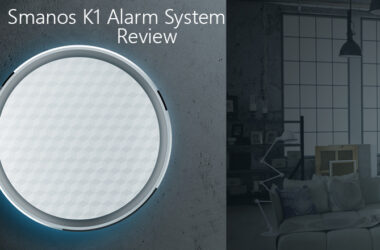 The K1 Smart Alarm System from Smanos is a versatile and easy to setup Smart home alarm system.… 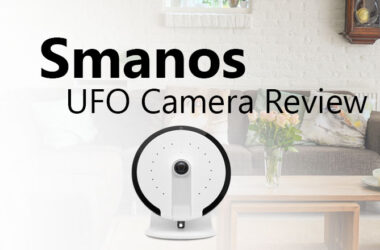 The Smanos UFO Camera is a powerful internal camera for your home security. The Smanos security brand made…