Garmin has finally announced their plus model for the Edge 1030. Like most of Garmin's models that aren't a full new generation, the Edge 1030 Plus doesn't come packed with a massive number of new features. The new features it does have though, are a great addition to this cycling computer and bring it on par with the best available on the market right now. This new iteration is readily available in Australia now.

What's Changed with the plus model

The Edge 1030 Plus comes pre-loaded with Garmin Cycle Maps for Australia and you gain access to other regions this time via Garmin Express.

The Edge 1030 Plus now has a battery capacity up to 24 hours under high demand usage and 48 hours on low demand. High demand usage would be classified as GPS usage for navigation and sensor usage. The low power usage is just basic GPS tracking without navigational assistance. The Edge 1030 only had capacity up to 20 hours, so this is a bit of a step up.

Another new feature is the Bike Alarm. You can set up your Edge 1030 Plus to sound an alarm and send a message to your connected smartphone if it detects motion. This sounds good in theory but practically speaking the smartphone connection distance is about line of sight anyway so if you're beyond that it won't matter anyway. Garmin did word it up as being used if you're grabbing a drink at a cafe which I can see the use case for. The alarm itself isn't a huge deterrent because of the speaker volume capacity being so low. Still, a small deterrent is still a deterrent.

Request Assistance - This is in Garmin's words a 'supplemental' safety feature. This is a little more useful than the Bike Alarm feature and can be triggered relatively easily but deliberately, which is what you want for a safety feature. If you trigger the assistance alert, the Edge will send out a pre-formatted message (written by you in advance) to your selected emergency contacts along with your GPS position. This message does rely on your smartphones connection. The Assistance feature can be triggered by holding the – button down for 5 seconds. There will be a 5-second countdown until the message is sent and you can cancel that message at any time during the countdown.

Integrated Trail Forks Trail Data – with the Trail forks app you can save trail routes or browse routes nearby. These routes can be downloaded to your Edge device.

The Edge 1030 plus now has 32GB internal storage and a beefier processer. This is a good step up in terms of navigation performance. This snappy processing power is important now that the Edge 1030 Plus is button-operated and has improved touchscreen functionality.

Mapping and routing have also seen an update. The Edge 1030 plus will re-route if you ride too far from your selected route. You will be routed back to the original course, or it will adjust the current path to get you back on course.

The Edge 1030 plus is now a sleek black model, the previous edition came only in a white body. The Edge has a 3.5” display and a crisp 282 x 470p resolution. It comes with a built-in rechargeable lithium-ion battery which is not user-replaceable. It also comes with an IPX7 water rating which is suitable for splashes or rain/snow.

This unit comes with a 32GB internal memory making it one of the best Edge units in terms of memory capacity.

It comes with your standard GNSS receivers, so it’s compatible with GPS, GLONASS and GALILEO which is more than most cycling computers on the market currently. The larger number of GPS receivers means that it should be able to retain your location longer and acquire/reacquire satellites faster. It also comes with a Barometric Altimeter, Accelerometer and Ambient light sensor.

Now the Edge 1030 plus also has an updated touchscreen (more responsive according to Garmin). However, it still offers button functionality, so you don’t have to worry about wet weather having a significant impact on the functionality of your unit.

The Edge 1030 Plus like all Garmin’s cycling computer is packed with more features then you can shake a stick at. You have your classic cycling features that keep track of your performance and your training load/status, Garmin cycle maps with turn-by-turn directions. Trendline popularity routing (this is an excellent feature for discovering popular cycling routes to avoid bad areas).

A really good but somewhat underrated feature for the Edge units is the back to start function. I use this feature all the time on my viovactive watch but it’s also great on the Edge Cycling computers when you want to discover an area. You can just set it and forget it until you’ve ridden far enough that you want the device to automatically navigate you back to the start.

Now Garmin has always had a serious range of accessories to complement their Bicycle Computers and their new model hasn’t lost out on any of this compatibility. I’ll list the most popular options below: 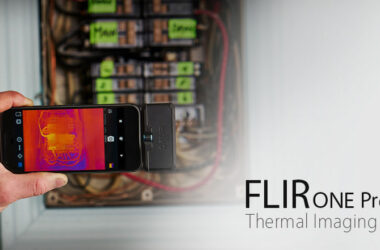 FLIR One Pro vs Flir One – Australian Review

When and How Much – Australian Release FLIR is a big player in the thermal camera imaging industry,… 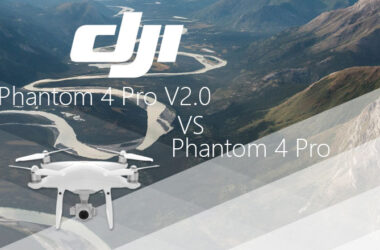 Price and Australian Release DJI have announced their new Phantom 4 drone the Phantom 4 Pro V2, and… 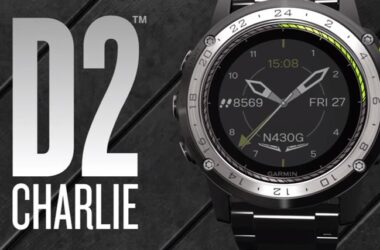 D2 Charlie Aviation WatchGarmin has introduced their new Aviation watch for 2017. The D2 Charlie is the latest…