Garmin has announced their new dashcam range which mirrors the previous iteration but introduces one new type the Garmin Dash Cam Mini. Overall the pricing has remained relatively similar between the old iteration and the latest iteration. The options are available to purchase now in Australia. There will be four models total, which I’ve outlined below along with the price.

The key takeaway points for the new dashcam series are the following, Clarity HDR Mode, improved resolution on the 66W and the new accessories included. The Field of view (FOV) has also been improved on all models except the 66W camera which remains at 180 degrees.

As you can see there are a few changes here, the newer 46 model comes with a larger field of view and can sync with multiple dash cams in your vehicle (think rear or side cameras) to give you full coverage. The 46 model also comes with Voice Control functionality now unlike the previous iteration, this can be particularly handy for incidents that may not impact your car and set off the automatic incident detection.

The other change is that the new series dash cams will no longer ship with a MicroSD card, you will need to purchase that separately. Instead of Micro SD cards, Garmin has included a different length cable and a dual USB power adapter. To match these inclusions and the new camera lens design the price has gone up from $199 AUD (Garmin Dash Cam 45) to $229 (Garmin Dash Cam 46). 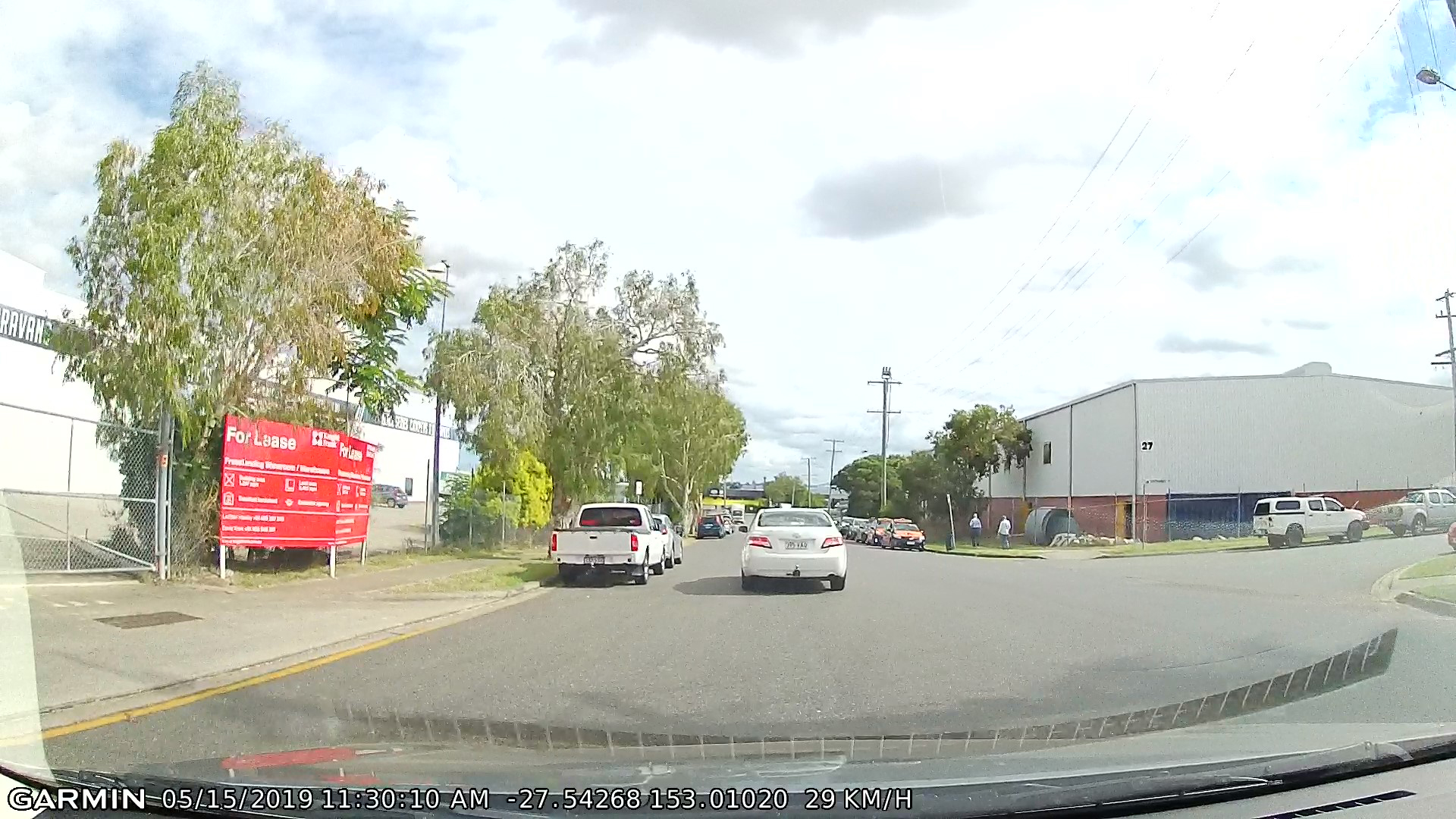 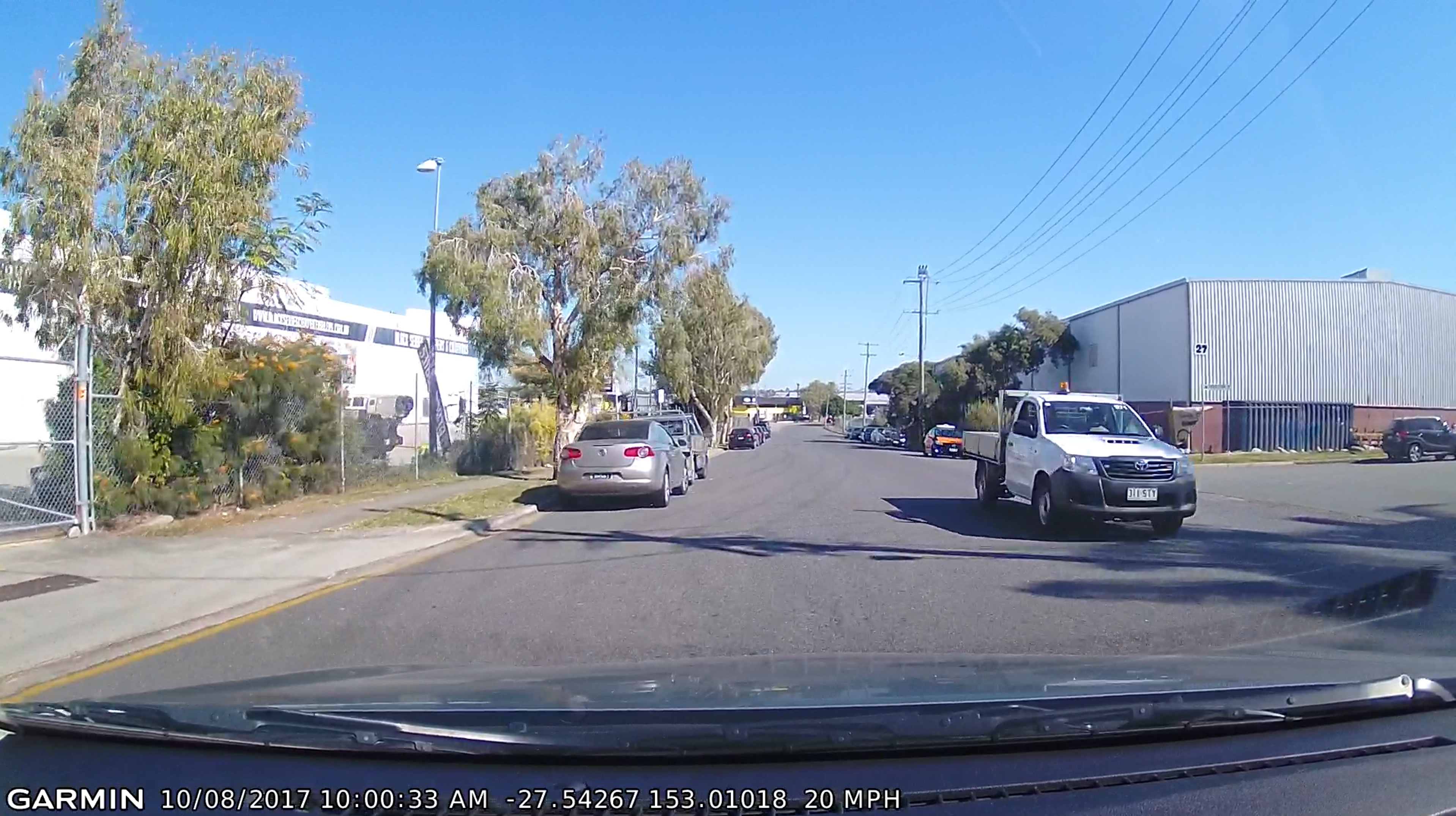 Overall based on performance, price and inclusions it’s not worth it to upgrade to this camera. The other models like the 56 and 66W have seen better resolution and visual fidelity upgrades that have been overlooked on the 46. The 46 unlike the other models does not have HDR which improves night driving performance and will only shoot in 30FPS 1080p resolution. The wider FOV is a benefit but without updating the resolution this actually makes the overall image lose its clarity rather then improving it.

Similar to the 46 model the FOV has increased to give you a wider viewing angle. The resolution and framerate have stayed the same but Garmin has built in a HDR clarity mode which improves the colour fidelity of the image. The HDR mode can only be run at 30FPS on both the 1080p resolution and the 1440p resolution.

The accessories included with the camera are the same as it was for the Dash Cam 45 - No Micro SD card but a dual power adapter and extra USB cord in its place.

As they are the same price I would select the 56 over the 55 as you will have a wider FOV and better nighttime driving performance. When you compare the pictures above the 55 looks to be 'prettier' but this is simply due to the lack of HDR sharpening (useful for number and letter details) and a narrower FOV. Is it worth upgrading to the newer model from a previous iteration, that's a tricky question. Moving from a camera with 1440p and below 140 FOV I would say yes but anything above those two factors you wouldn't notice a significant improvement between models.

The 66W, unlike the other models, has the same FOV as the previous iteration at 180 but because it has a higher resolution it shows a much clearer picture. This was the biggest issue the 65W suffered when it was first released, that despite the wider FOV the 1080p resolution made the picture appear stretched and distorted.

The 66W also has the same accessory changes as the previous models, that is no Micro SD card but an extra USB cable and the Dual power adapter. 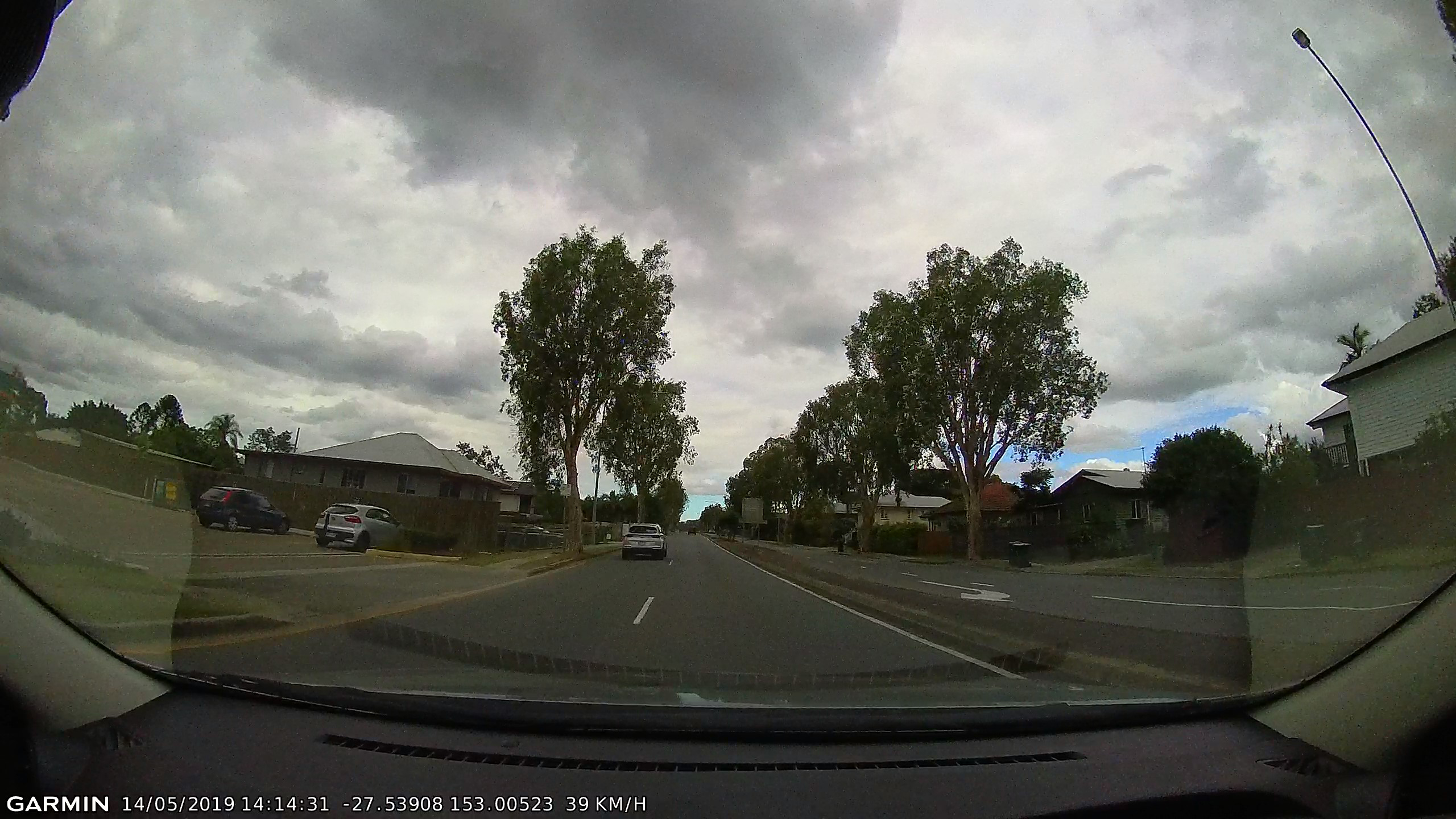 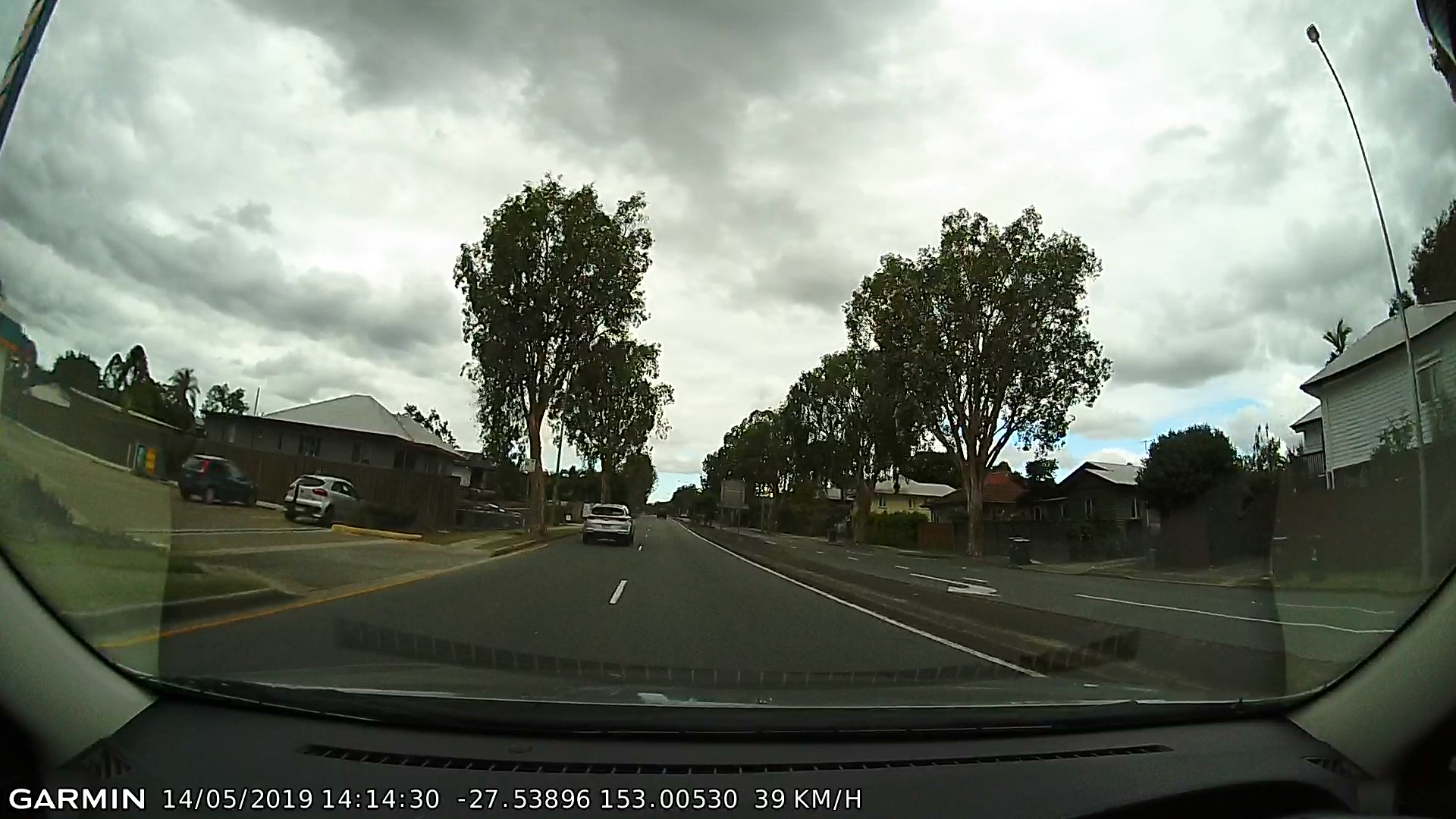 Yes. The 66W has wider FOV and finally has an increased resolution to keep the picture from looking distorted. The Clarity HDR feature is also a strong advantage over the previous iteration in terms of nighttime clarity. The screenshots above make show how the lower resolution impacts the 65W overall clarity and that by increasing the resolution to 1440p the picture is much clearer.

The Mini is a completely new Dash Cam model for Garmin lacking the small LCD screen display. This means everything setting-wise for the camera needs to be done through the app though it can be installed and start recording without actually using the app it just needs a MicroSD card. The Dash Cam Mini has the same camera as the 46 it just lacks the GPS Speed and location features and no Driver Assisted alerts (traffic moving and lane departure). The big advantage for this model is that it's a cost-effective Dash Cam that may not have all the bells and whistles but still records at a high-quality resolution and 140-degree FOV.

Unsurprisingly, as the cameras are both the same resolution and HDR quality the images look the same, as the cameras were positioned side-by-side the angle changes slightly. The only reason to purchase a Dash Cam 46 over the Mini is if you want GPS Speed/Location and Driver Alerts. Granted, GPS/Speed and location in actual accident situations could be very helpful and important for insurance purposes. 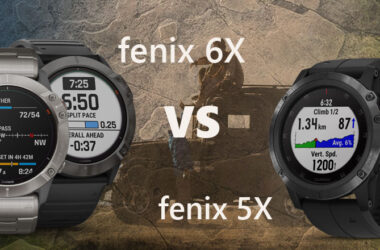 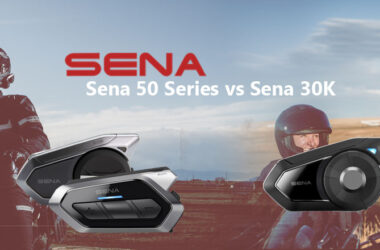 Sena has announced their Sena 5 series which comes in 3 different model types. The 50S and 50R… 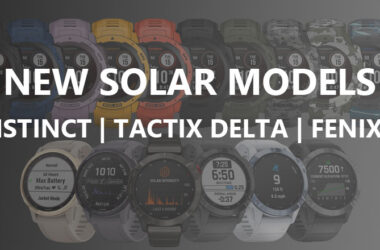