Theory and Practice of GPS

Johnny Appleseed GPS - The Theory and Practice of GPS

GPS is one of the most fantastic utilities ever devised by man. GPS will figure in history alongside the development of the sea-going chronometer. This device enabled seafarers to plot their course to an accuracy that greatly encouraged maritime activity, and led to the migration explosion of the nineteenth century. GPS will affect mankind in the same way. There are myriad applications, to benefit us individually and collectively.

Prior to 2000, the accuracy of a GPS unit in the hands of an ordinary user was upward to 200 metres. The military did have access to better accuracies. But on 1 May 2000, the US Government enabled the GPS system for everyone, with an accuracy of 15 metres. This increased confidence in, and usability for more positioning applications, such as street by street navigation.

How do you report GPS Position?

Here is an example of stating a GPS position in a written report:

In this case, it is clear that the figures are in degrees (°), minutes ('), and seconds (").The S (south latitude) and the E (east longitude) can be shown before or after the figures, but are absolutely necessary. (If you cannot reproduce the degree symbol °, deg. could be used. Otherwise, the reader can safely assume that the first digits before a space, are the degrees). This is all angular measure, latitude and longitude, and nothing to do with time.

A GPS unit will be capable of showing position in other formats, such as:

Degrees, minutes (') and decimal minutes (e.g. S 27 34.567', which is a different angle to 1. above, and would be out by a whopping twenty-five (twenty-five!) kilometres if you assume the format incorrectly). Most GPS are supplied using this format by default.

The format does not matter, so long as it is clear to the reader. Quoting something like 27 34 56 is not very helpful at all, because the format is not specified, and you could end up dozens of kilometres off track. You can see that the little marks ' and *; are really important, as is the S and E.

The reader should know on what part of the planet you are reporting. The quoted position above uses S on the latitude reading and E on the longitude reading. This is an important indicator because some of your readers may live in Arizona USA or elsewhere, where they would use N and W. They want to know in which hemisphere you are living. (The S and the E can be used before or after the numbers, and are always shown on GPS readings).

Another useful point, but not absolutely necessary in the case of birdwatching, is to quote the datum. An incorrect datum setting on your GPS in Australia could mean you are relocating the position about 200 metres in error. If you are worried about 200 metres, you could contact the reporter, to find out what datum they are using on their GPS, and set yours the same.

Location is a very important part of any database which logs information for land use and management. The inclusion of position in a database, enhances the ability of the researcher in time, to statistically validate the presence, the health, and the rate of spread of certain species. The lack of a reasonably precise location means that a complete understanding of a species is impossible.

In the following description of a southern NSW species, the position of the specimen is prominent, including the location format (AMG). If the location format is not specified, any follow-up researcher may not be able to relocate the position. This is a good example of one of the correct ways to describe the geographic location.

The School of Environmental Sciences http://www.csu.edu.au/ses/school-home is a part of the Faculty of Science and is located on the Albury Wodonga campus of Charles Sturt University. Specialty Land Management facilities include:

River and Mine site Restoration and Environmental Modelling

One of the obvious uses for GPS is navigation for shipping and boating. Mariners were very early adopters of GPS in the 1990s (in spite of the early expense). Now any boat user has access to cheap but very capable GPS units. Back in the early 2000s, the Volunteer Marine Rescue organisation in Southport, Queensland asked us to upgrade their prime rescue craft with a Garmin unit. Even then, the Garmin units were capable of interfacing with a vessel radar, to locate radar positions. Now, modern Garmin units are networked with almost any electronic device used for boating. 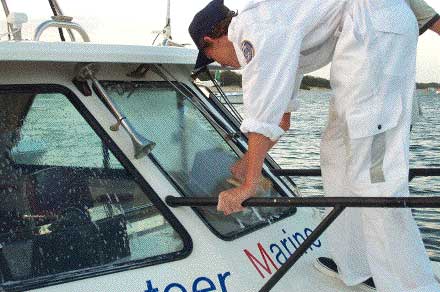 When the white man came to Australia prior to 1800, images of the never-before-seen wildlife became very popular. Artists including John William Lewin made beautiful renderings of bird life, like this example, reproduced by permission of the National Library of Australia.

Today, bird watching is a popular hobby in Australia. For many bird watchers, the use of GPS has made the hobby more enjoyable, because it is easier to find reported locations. The availability of more scientific reporting will in the future assist our understanding of the birds' habitat, numbers and continued existence. 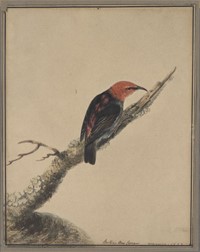 Contributing to our understanding of the Earth

Explanation of Digital Mapping in relation to GPS

Raster mapping has the advantage of reproducing exactly what we see on paper, including shading, colouring, features and contour lines. Raster maps are one scale only, you cannot decrease the scale without losing resolution because the image becomes "pixelated".

Vector mapping has the advantage of being able to be searched for names, words and phrases. In effect, it is its own database, so is much more useful in a "find where" situation. It is also scalable, meaning that it remains in focus regardless of scale.

GIS shrinks the globe into a computing environment.

It could be compared with ordinary mapping and cartography, but GIS adds another dimension - data. A map may display a parcel of land in green, with a label "Park". The park is made up of two-dimensional boundary lines and a label.

In a computer, the boundary data can be stored in a table or database, and the word "park" can be stored in another table, and linked to the boundary information. Now you can ask the computer a simple question, like "how many parks are there within a 10km radius of this point?" The tabulated data easily finds the answer and displays it, either in tabular form or in map form. This is GIS so it can model what-if and thematic scenarios, using date/time, distance or any other criteria. Applications include environment, health, roads, utilities, town planning, property records, demographics and marketing. The digital map database interacts with tabulated data on each entity, so is completely relational. (With acknowledgement to Tor Bernhardsen, Geographic Information Systems, An Introduction, public 1999, John Wiley and Sons)

Information stored in GIS is generated in many ways and includes data retrieved by scanning maps or plans. Information related to any entity on the plan is then entered into a relational database. Information can come from a variety of sources, including field data collection. At Johnny Appleseed GPS, we have the expertise to supply and support the field methods for obtaining and verifying data. Hand-held computers, cameras, and UAV drones and copters can capture position and other information in a systematic format. This information is formatted in the same manner as the parent GIS, for which the data is intended. 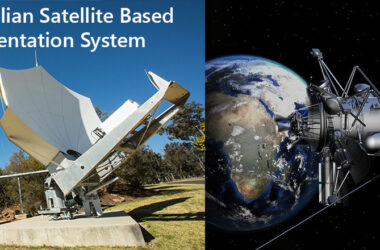 Australia has launched their first trial for a Satellite-Based Augmentation System (SBAS). This has been in the works… 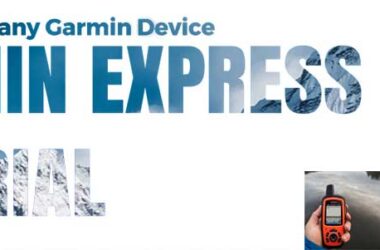 How to update any Garmin Device – Garmin Express

No doubt if you’ve ever had trouble with a device, the first thing you were told to do… 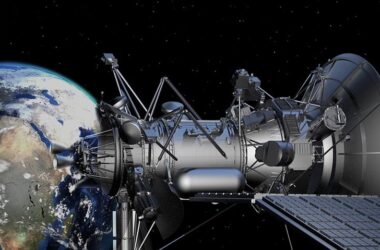